When couples divorce in New York, it’s usually the parents and the children affected the most. However, the extended family, such as grandparents, can be heavily impacted by divorce.

And when second marriages end, it can also create problems for stepparents who want to maintain contact with the stepchildren they have helped raise.

These are challenging legal situations when it comes to child custody and parenting decisions. It can be harsh on grandparents and stepparents who may have no legal rights to visitation and are fearful that they will no longer be able to maintain cherished relationships.

With legal assistance, you may be able to exert grandparent or stepparent rights and play a part in the children’s lives. In extreme circumstances, you may even be able to seek custody of the children.

At the Law Offices of Mona R. Millstein, we can help you if you are a grandparent or stepparent looking to maintain contact with children impacted by divorce in New York.

As a grandparent, it’s natural to want to spend as much time as possible with your grandchildren. Sometimes, however, custody arrangements during and after a divorce may deprive you of this time.

Grandparents do not have any automatic custody or visitation rights in New York except in some exceptional cases. For instance, they can request court-ordered visitation in the following circumstances:

A biological or adoptive grandparent can file a petition seeking visitation to the court in the county where the grandchild lives. This should include a proposed schedule for time with the child.

The grandparent will need to prove the legal right (an existing relationship or that the child’s parent(s) have prevented the establishment of one) and that the proposed arrangement is in the best interests of the children.

While it is rare for grandparents to be granted court-ordered time with children, the courts may order it where it is deemed to be in the best interests of the health, safety, and welfare of the children.

Factors that should be taken into account when considering the grandchild’s best interests, include:

In addition to these factors, judges will also consider the rights of the parents to decide who gets to visit their children. If necessary, the child will be assigned a specially trained attorney by the court to represent the child’s interests. 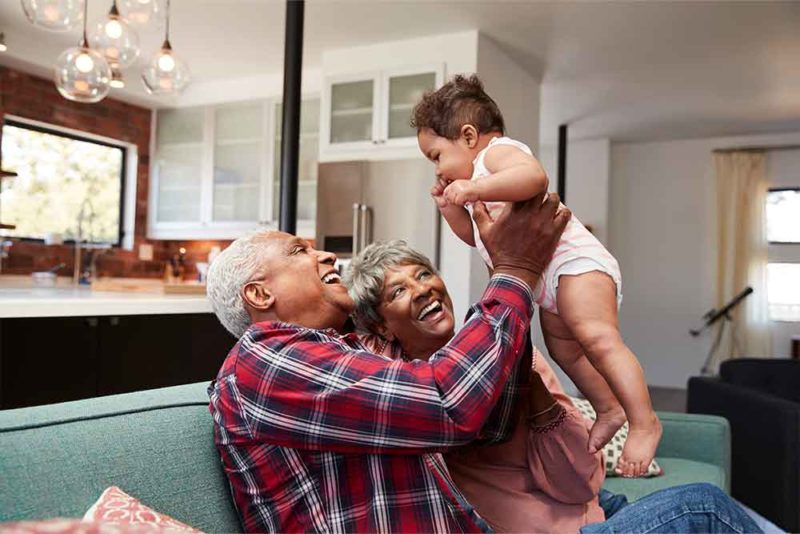 Seeking child custody as a grandparent

In New York, granting child custody to grandparents is only possible in cases of abandonment or severe neglect by the natural parent(s).

Again, the burden of proof lies with the grandparents to show that this is in the best interests of the child.

With divorce rates high and remarriage common in New York, stepparents often play a valuable role in the care and upbringing of their stepchildren, providing financial, moral, and emotional support throughout their lives.

So, what happens if the marriage fails? Do stepparents have any custody or visitation rights over the children they have helped to raise?

This is a challenging issue, especially when the stepparent and stepchild have formed a close relationship.

Currently, only in exceptional circumstances are stepparents able to successfully claim visitation rights after the dissolution of a marriage if the biological parent is reluctant to allow visits. Successfully claiming custody rights is even rarer and the burden of proof that this is in the best interests of the children is extremely high.

For a judge to consider this matter, the stepparent must have legal standing to be heard by the court and will normally be required to demonstrate the following:

Gradually, the issue of stepparents’ rights in child custody and visitation cases is becoming higher profile in New York.

As with grandparent visitation laws, legislation may change in the future but presently it is extremely challenging for stepparents to claim any rights after divorce.

If you can show that your continued relationship will enhance the child’s life or improve the child’s welfare, you have more chance of visitation. Your best chance of doing that is usually with legal representation from a lawyer experienced in such matters…

At The Law Offices of Mona R. Millstein, we have helped many grandparents and stepparents obtain favorable decisions that help them continue to play an active role in their grandchildren’s and stepchildren’s lives after a divorce.

Start with a case evaluation with an experienced divorce attorney who can advise you on your legal rights and the recommended next steps.